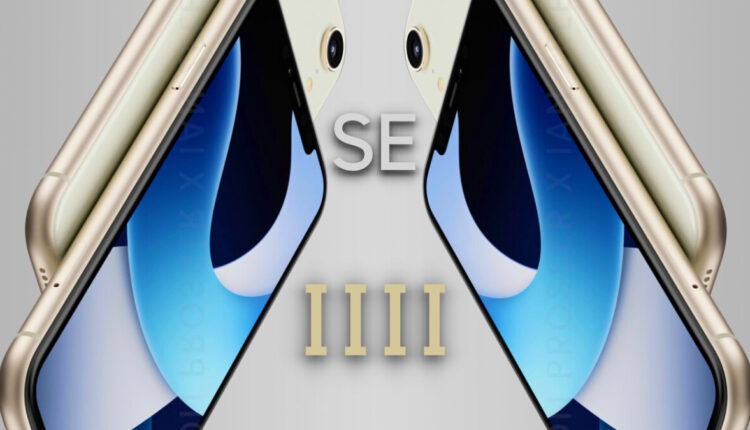 As we come to find out from old and recent leaks of information, Apple seems to be on its way to revealing a brand-new iPhone! That’s according to leaks shared by Ross Young (dating back January) and Jon Prosser (more recently). Note that the former said there’s some chance the new iPhone could also be unveiled in 2024.

Anyway, we’re not talking about a flagship iPhone, but a flagship-killer iPhone! Of course, the phone in question is the upcoming iPhone SE 4!

“Hold on, aren’t the last three generations of the iPhone SE flagship killers”? Well, yes and no… A flagship-killer is a phone that looks, feels, and performs like a more expensive device, omitting some extra features that aren’t crucial to its overall appeal (water-resistance, wireless charging, a zoom camera, OIS, etc.)

As discussed further into the story, the last three iPhone SE models totally outsold a ton of (virtually all) Android flagship phones and even some of Apple’s flagship iPhones. However, I dare to say that in spite of the flagship-grade sales record, the iPhone SE never looked like a flagship-killer – of course, thanks to its iPhone 6-inspired front look.

But apparently, this is about to change as Tim Cook & Co are gearing up for an early iPhone SE 4 release, which was expected to take place in the spring of 2024.

Anyway, here’s everything we know about the iPhone SE (2023) so far and why this new-old iPhone might be the single biggest challenger to any Android flagship phone in 2023-2024 and even to some iPhone 14 and iPhone 15 models.

Supposedly, this is the iPhone SE (2023), and it looks amazing compared to the current iPhone SE (and if you liked the iPhone XR)

That’s right! The iPhone SE 4 is set to look a lot like the 2018 iPhone XR (in fact, perhaps a 1:1 copy of it), which is a great thing! Sure, Apple didn’t set the bar high, but despite that, the new SE would be an absolutely massive upgrade over the ancient-looking iPhone SE (2022). Although less flashy than the premium iPhone XS series, the iPhone XR easily outsold Apple’s expensive offerings and certainly didn’t go unnoticed, especially by the average consumer.Funny enough, the elephant in the room is the same one that “bothered” everyone back in 2018 – the iPhone XR had a 6.1-inch 720p LCD display, which is expected to make a comeback on the new iPhone SE. No OLED, no 1080p, and certainly no high-refresh-rate.

The technically inferior display of the iPhone XR didn’t stop 100+ million people from buying one, and it certainly won’t stop them now, and… it absolutely shouldn’t.

Unlike phone nerds like me (and probably you), 95% of users tend not to notice or be bothered by a slightly lower-res, less contrasty display. In fact, the screen on the iPhone SE 4 should be plenty sharp, bright, and colorful anyway, as Apple’s expected to make use of a high-end LCD. When it comes to high-refresh-rate, I’ve already written a long story, which concludes that 60Hz on iPhones feels more like 90 Hz compared to 60Hz on Android, which feels like… 60Hz.

If you’re asking yourself why Apple would be giving us an iPhone with an LCD display in 2023, I’d bet my bottom dollar that’s because they simply have a bunch of LCDs lying around and want to… use them. Is it “cool”? Maybe not. Will it work? Yes, sure!

Display controversies aside, according to  leaks and what we’ve seen from Apple’s previous iPhone SE releases, the iPhone SE 4 is expected to arrive with the following:

There are conflicting reports as to whether the iPhone SE (2023) will feature Face ID or a side-mounted Touch ID sensor (like the one on some iPads), but my money is on Face ID! The iPhone XR’s chassis is already designed to accommodate the Face ID hardware, which, I believe, is now affordable enough for Apple to produce and use in cheaper iPhones.

iPhone SE 4 – why does it exist, and why is Apple rushing to launch another iPhone so soon after the iPhone SE (2022) and iPhone 14 series?

Although I do find it bizarre that Apple is about to give us two iPhone SE models two years in a row, since the first iPhone SE refresh arrived after four years, and the second after two, Cupertino has a bunch of great reasons to do release the iPhone SE 4 in 2023:

It’s really no rocket science – Cupertino’s new-old design, in combination with long software support and a super-powerful chip, should sell like hotcakes. Really, the question is, why wouldn’t Apple launch an iPhone SE 4 as soon as possible…

The remaining question is how much the new iPhone SE is going to cost, so let’s move on to that topic…

Can Apple establish itself as the new flagship-killer, and is the iPhone SE 2023 really going to sell better than the iPhone 14?

Apple is the new OnePlus?

To answer both questions right away – I do think the iPhone SE can be the new “flagship-killer” and I do believe it has a great shot at selling more units than the iPhone 14 and iPhone 14 Plus combined! But, of course, the real elephant in the room here is how Apple is going to price the “affordable” iPhone SE 4.

As of now, we have zero leaks and rumors on the topic of price, so I’ll have to speculate. And my Apple price radar is telling me… $529! I know this almost seems too specific, but I have my reasons to believe it…

As romantic as this might sound, there’s absolutely no way Apple will replace the (still recent) iPhone SE (2022) with the iPhone SE 4 and sell the new one at the same $429 price. On the other hand, swapping the iPhone 12 with the iPhone SE 4 seems unreasonable, as both the iPhone 12 and the new iPhone SE would have some great selling points over the other.Regardless, the real “surprise”, however, is going to be for UK and European users, who, according to Apple’s most recent price strategy (and given that the iPhone SE 4 really debuts at $529 in the US), might be looking at a slightly more expensive “budget” iPhone SE 4, starting at £549 and €549 for the 64GB variant.

In times of economiccrisis, many will and, frankly, should look away from the $1,000 iPhone 14 Pro, so Tim Cook & Co really can’t get this wrong. If iPhone SE doesn’t break the $550 price mark, it could easily beat every Android phone for sales. It might also be one of the easiest phones to recommend.

So, that’s just about everything there’s to know and consider when it comes to the unreleased iPhone SE 4! The device is expected to arrive next spring during (well…) Apple’s spring event.

Try putting yourself in the shoes of the average consumer and tell me what’s your take on the supposed iPhone SE 4! If you ask me, this one’s shaping up to be the perfect iPhone replacement for my aunt, who’s still using an iPhone 8. Then again, as a phone nerd, are phones like the Galaxy S21 FE and Google Pixel 7 more appealing at this $500-600 price point? Shoot a comment!