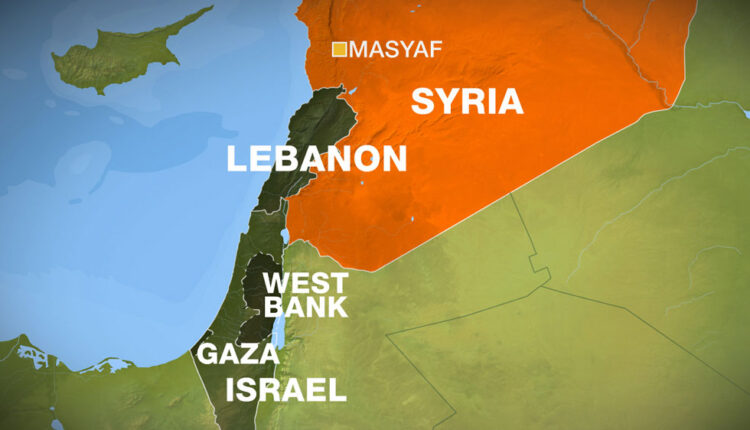 Five people were killed, including a civilian, and seven were wounded in the missile attacks, state media reported.

Opinion | Why some Republicans are so good at using sex to…

Israeli missiles have targeted central Syria, killing five people, including a civilian, and ignited fires in farmlands in the area, Syrian state media has reported.

The missiles were fired at the town of Masyaf in the Hama countryside, the official news agency SANA said on Friday, adding that several missiles were shot down by Syrian air defences.

An unnamed Syrian military official was quoted by the news organisation as saying that five people were killed, including a civilian, and seven were wounded.

“The Israeli enemy carried out air strikes with a burst of missiles … targeting some points in the central region,” SANA said.

“The aggression resulted in the death of five martyrs.”

There was no immediate comment from the Israeli military on the attack.

Israel has staged hundreds of air raids on targets in Syria over the years but has rarely acknowledged or discussed such operations.

The Israeli military has said that it targets bases of Iran-allied militias in Syria, such as Lebanon’s armed Hezbollah group that has fighters deployed in Syria fighting on the side of Syrian President Bashar al-Assad’s government forces, as well as arms shipments believed to be bound for those militias.

Strikes signal Kremlin fury that Odesa, an imperial symbol, has turned its back on…