Here’s our first official look at the OnePlus Pad in…

There will be only one version of Google’s Pixel…

OnePlus Pad renders show off its metal unibody design and…

Corning confirms that the Galaxy S23 series will pioneer…

Popular Indian cricketer Hardik Pandya was spotted using an unreleased Poco X series smartphone last week, and it was unclear whether it was just a product placement or Pandya would be seen in Poco’s future X series ad campaigns. Well, we now know it is the latter since Poco’s Indian branch today announced the all-around cricketer as its brand ambassador.

In a press note sent to the media, Poco said that as a brand, it “focuses on challenging the status quo and representing every individual who is looking to pursue perfection and greater alternatives to the mainstream” and thus saw Pandya as a “perfect fit” to be its brand ambassador.

We’re bold, we’re badaXX, and we’re bringing the X. Keep us on your radar.@hardikpandya7, our captain is all set to reveal the next X. Get ready to Unleash X.

The Xiaomi sub-brand also confirmed that Hardik Pandya, who’s also the captain of the Indian Premier League (IPL) team Gujarat Titans, will be the face of the upcoming Poco X series smartphone launch in India.

“Hardik Pandya is a name that connects with India in a heartbeat. His never-give-up attitude, zeal, and enthusiasm go perfectly well with our brand’s DNA and we are confident that his personality will resonate with our audience and fans. Aligned with our brand imagery, we are confident that he will play an instrumental role for our brand and we are extremely proud to have him on board as POCO’s ambassador,” said Mr. Himanshu Tandon, Country Head, Poco India.

While Poco didn’t mention the name of the X series smartphone, it said the device “comes with major upgrades from its predecessor at an affordable offering and carries forward the brand’s vision of ensuring the highest levels of user satisfaction through cutting edge devices.”

An image doing rounds on Twitter suggests the smartphone in question is the Poco X5 Pro, which will launch in India on February 6 at 5:30 PM local time. However, it’s unclear if the X5 Pro will be joined by the vanilla X5, rumored to have the Snapdragon 695 SoC at the helm. The Poco X5 Pro is said to come with the Snapdragon 778G chip. You can check the Poco X5 and Poco X5 Pro’s leaked specs here. 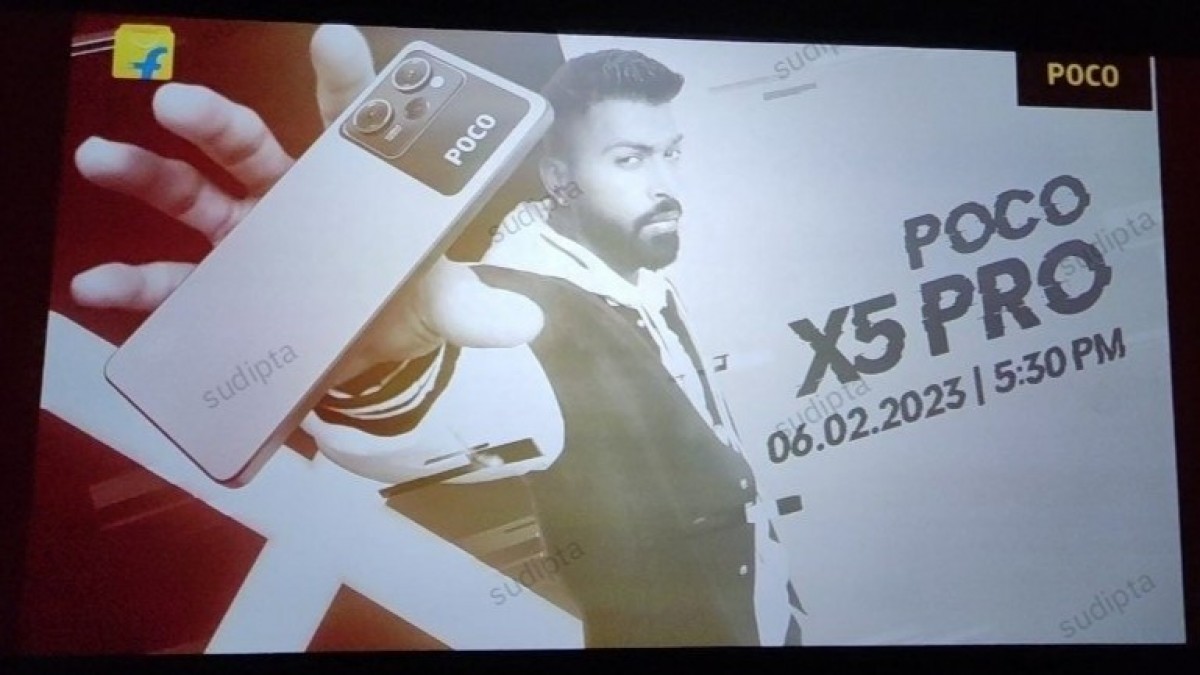 There will be only one version of Google’s Pixel Tablet, new rumor claims