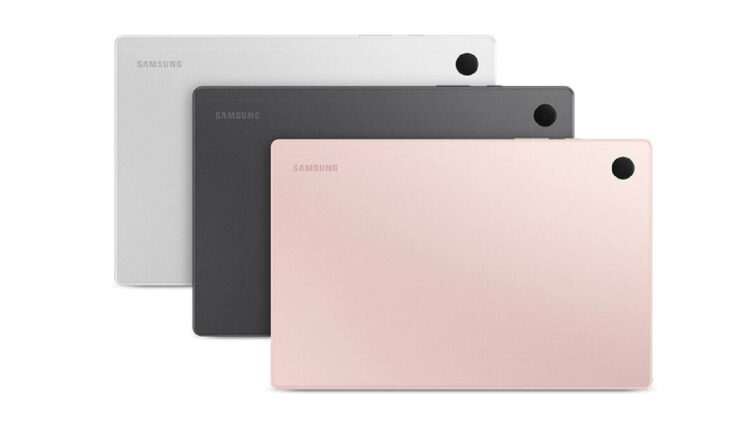 Google brings Waze to Android Automotive, but only two cars…

Apple confirms it will buy chips made in the U.S.A.

ديسمبر 7, 2022
It’s almost Black Friday, the biggest shopping event of the year, and gadget deals are in full swing. If you are in the market for a new tablet that won’t break the bank, the budget Samsung Galaxy Tab A8 has returned to its lowest price.
Released earlier this year, the Galaxy Tab A8 is an awesome economical tablet. It features a large 10.5 inches screen with minimal bezels, which makes it perfect for media consumption and e-reading. The experience is amplified by impressive Dolby Atmos speakers which deliver loud and clear audio.
It has a slender metal body which gives it a premium look and it packs a hefty 7,040mAh battery you can trust to last multiple days with light usage.

The slate is powered by the Unisoc Tiger T618 chip which is mated with at least 3GB of RAM and 32GB of storage. It also has a microSD slot for additional storage. Performance is solid by budget slate standards and you should have no issues browsing the web, using social media apps, completing basic tasks, and playing light games.

Another plus point is that the tablet will get software support for four years, which is rare in the non-Apple world.

To cut a long story short, if you want a low-cost slate with impeccable build quality, large screen, impressive battery life, decent performance, and long software support, the Tab A8 is right up your alley.

The slate starts at $229.99, but since this is the season of deals, you can have it for much less. Amazon has discounted it by 39 percent and is selling it for only $139.99 at the moment. Best Buy and Samsung have both shaved 80 bucks off the device and are selling it for just $149.99. Those are incredible prices for one of the best budget tablets and even if you don’t need one for yourself, it can be a great gift for parents and kids.

Google brings Waze to Android Automotive, but only two cars get it now

Apple confirms it will buy chips made in the U.S.A.